Meet The Members of the Authenticity Team

The mission of The Authenticity Institute and Authenticity Capital is to incubate enterprises that are built upon, and which help to deploy, the Authenticity Infrastructure. Necessarily that means we not only wear many hats, but we change hats frequently. Partly for that reason, and partly because it reflects our view of what's needed to prevail in the age of agile, flattened organizations, each of us carries the same title: Entrepreneur. 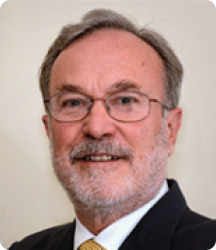 Wes was the sole founder in 1981 of Delphi Internet Services, "The Company That Popularized the Internet,” joining AOL, CompuServe, and Prodigy at the forefront of early consumer access to the online world.

In 1986 he launched a spinoff, Global Villages, Inc., to serve magazine publishers and business clients with their own private-label online services, including business planning, management, hosting, and promotion. Delphi was sold to Rupert Murdoch in 1993 and Global Villages’ hosting business to NTT Verio in 1998.

When in 1990 the U.S. National Science Foundation dropped its prohibition on the use of the Internet for commerce, one effect was to disrupt the provision of reliable identities of users of online services. Wes responded by focusing on the need for reliable identities of individuals on the Internet, starting with the development of the VIVOS Enrollment Workstation. Designed to be used by notaries with minimal training, VIVOS bound biometrics of the enrollee to digital identity certificates.

While developing VIVOS, Wes was introduced to a group at the International Telecommunication Union who were attempting to implement a world PKI similar to the one he envisioned. In 2002 The Village Group (a descendant of the earlier Global Villages) became a charter signatory to the International Telecommunication Union's World e-Trust Initiative and is now a Sector Member of the ITU.

In 2008, as a member of the High-Level Experts Group at the ITU's Global Cybersecurity Agenda, Wes introduced the City of Osmio in an address to the United Nations World Summit on Information Society in Geneva. The City of Osmio applies the global public authority of the ITU to the process of identity certification and to other digital certificates.

Wes is an individual adherent to the International Union of Latin Notaries and has been appointed a Notary Ambassador by the National Notary Association. He has written several books about identity, privacy, and PKI, including Quiet Enjoyment (2014), Don’t Get Norteled (2015), and Escape the Plantation (2015). 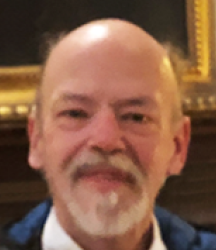 Bill is a software executive focused on new ventures, strategy, innovation, and product management, with a decade of experience advising senior executives at industry-leading multinational companies on corporate strategy and partnerships. 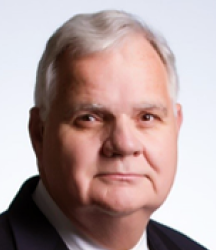 John is an experienced business executive and IT consultant who has worked with many small, midsize, and Fortune 1000 companies during his career. He has held various management positions including Controller, CIO, Director of Applications Development, and president of his own consulting company. His book The Compass Approach provides techniques for managing a business around the four points of the compass to achieve improved results.

He has always had an interest in startup businesses, going back to when he was involved in the initiation of a commuter airline while in his teens. 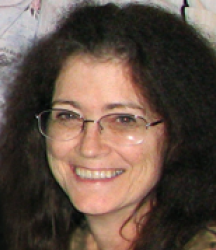 Suzanne is a lifelong explainer by nature and profession – a hybrid techie/artist with an itch to document, illustrate, celebrate, or commemorate just about anything. The medium can be a document, an illustration, a photograph, a video, a website, a slide presentation, or even a song!

After three years at Wellesley College studying mathematics, she transferred to MIT and obtained a B.S. in computer science. She began her technical career as a systems programmer for the commercial data management system EXPRESS, based on Ted Codd’s innovative work in relational databases, using the early time-sharing system Multics.

A second career developed during the time she was raising her two sons. Again combining tech and art, she became a children’s singer/songwriter working from a do-it-yourself home studio, doing end-to-end songwriting, production, engineering, arranging, and performing. Her award-winning CD Sea Songs has been sold in several aquarium gift shops worldwide.

Suzanne first worked with our founder Wes Kussmaul in 2004, when she edited his book Quiet Enjoyment (forerunner of the current Quiet Enjoyment, Second Edition). After a decade hiatus during which she wrote white papers explaining data center power and cooling for American Power Conversion (now part of Schneider Electric), she is now back with The Authenticity Institute, producing videos to illustrate and explain our critical messaging. 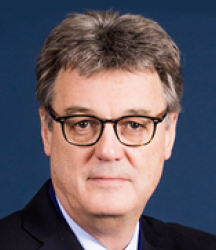 As a British citizen who has lived in the United Kingdom, Libya, Germany, Hong Kong, Singapore, and the US, Richard Parry draws from an uncommon personal and professional background.

Richard is a judicious critic of short-sighted “identity” solutions that do not solve, and which create risks to, parties downstream of those who profit from them. He is a zealous advocate for accountability as a driver of wisdom.

His professional roles have included:


Activities as a Risk Executive at Bank One (later JPMorgan Chase):


Later, as a private advisor and frequent public speaker on identity risk, Parry demonstrated that the FIDO standard and other outstanding biometric-based authenticators were inadvertent enablers of synthetic identities.

Richard is the author of a series of cartoons called “The Chaps” published on LinkedIn, which call out absurdities in the world of Identity and cybersecurity. 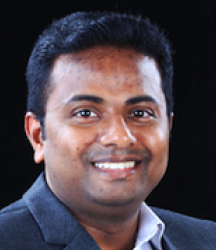 Anto is a passionate web architect, with ten years of experience across a wide range of web-related roles: mentor, CEO, coordinator, project manager, trainer, tech lead, and developer. He currently runs a fully-distributed digital agency with a team of experienced freelancers.

“I love connecting dots as well as people. I really wanted to hold a Bachelor of Engineering degree from CSI Institute of Technology, under Anna University, but it seems the universe had other plans.”

Anto lives in the southern India state of Kerala. 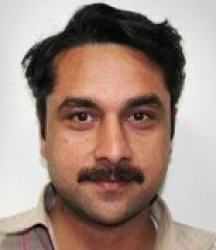 Sachin has end-to-end experience in a wide variety of technology domains, including Java, C, C++; apps for web server, PC, and mobile; COM, CORBA, Symbian ECOM; and mobile OS from Motorola proprietary to most smart phones.

Bill has parlayed his lifelong experience in music production into a commitment to something with surprising parallels and similar challenges: bringing Authenticity™ and the City of Osmio to our fractured world of information infrastructure.

He has spent his entire professional and personal life in the creation and production of music. Starting as teenaged musician of almost every possible rock and roll instrument, he moved into live sound engineering and tour management for national recording artists, the design, building and driving of private touring buses, management of a music publishing company, and freelance recording and production.

In 1978 he became a staff engineer at New York’s Power Station Studios, where he worked with many of the premier artists of the day, earning several gold and platinum sales awards. Taking advantage of the reputation earned at Power Station he went independent and continued to work with prominent U.S. and international artists. In 1990 he accepted a faculty position in the Music Production and Engineering Department at Boston’s Berklee College of Music, where he became full Professor and served as department chair for 12 years.

Respect for artists’ expectations, stewardship of quality, managing goals, wrangling conflicting interests for the good of the end result – all are familiar territory. Bill sees his involvement in Authenticity™ as another opportunity to work with a team of innovative and committed people with the goal of making make the world a better place – not unlike producing a record! 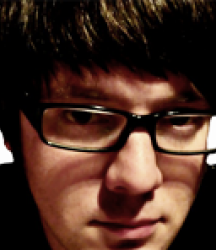 Martin has been working with cryptography, security, and PKI for over a decade. He served as principal consultant for Electronic Signature Service Infrastructure (ESSI), a platform provided by the European Commission for creating, extending, and validating electronic document signatures. As an independent consultant he helped startup and enterprise clients to realize their vision – creating a robo advisor platform for a financial startup, an online digital signature service for a CA, implementing a HIPAA-compliant chat application for a medical startup, and improving the security of email systems used by governmental authorities.

He likes to share his passion at local and international conferences or at one of his regular workshops with diverse topics such as cryptography, Git, Rails, JavaScript, or web development in general.

Martin is interested in all programming languages, but his primary passion is the Ruby language. He's a member of the Ruby core team, a maintainer for Ruby's cryptography library, and received one of the first two Ruby Association Grants for his project Krypt.

He received his M.S. in Mathematics and Informatics from TU Kaiserslautern, Germany. 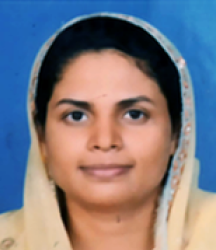 Fathima is a supermom and a pro Drupal developer with 7+ years of experience. When not running after her kids Farah and Ghalib, you can see her reading Drupal code as if it were poetry.

She holds a Bachelor of Engineering degree from Thangal Kunju Musaliar College of Engineering, Kerala University. Other Interests include reading, traveling, and music. 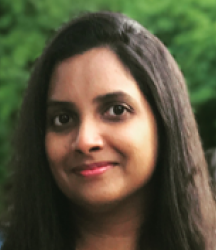 Carina is a software engineer with 8 years of experience in UI development, with expertise in Bootstrap, HTML/HTML5 , CSS/CSS3, Jquery, Javascript, and other platforms.

She is very passionate about cooking, and shares all her interesting recipes on her YouTube channel “Carina’s Food Adventures.” 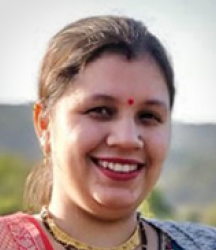 She is the mom of one baby. Her interests in cooking, traveling, and music. 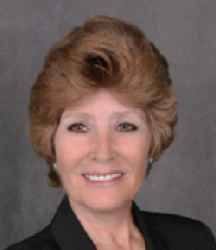 Juanita is a Virginia Remote Online Notary and is the President / CEO of The Council of Attestation Officers (CAO) which is the cornerstone for delivering Identity Management and Digital Signature services to our customers.

Supporting the virtual community with credible and reliable online identities is a passion of mine. When technology fails to accurately identify a User, we are all at risk. Empowering likeminded individuals to create a new generation of Attestation Officers fills me with gratification.

As our world shrinks and more and more of our everyday lives are virtually connected, it becomes critical to know who you are interfacing with. With experience and success building a community of Virginia e-Notaries Public, I can lead our Attestation Officers into the future of Identity Verification. My experience as an IT professional places me in a unique position of being able to bridge the knowledge gap of everyday people and the fast-paced world of technology, building stronger identity management for both businesses and individuals alike.

Juanita earned degrees in Computer Science and Database Technology from Strayer University and an MBA from the University of Phoenix. 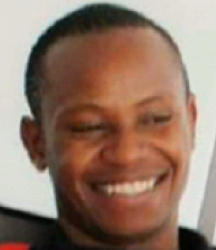 He's working to get people talking about authenticity, and why it is important in the modern internet space.

"Writing brings me Joy de Vivre. In particular, writing about technology caters to both my pain points and pleasure points. It keeps me upbeat with new technological advancements and also helps me engage with other technology enthusiasts."

This site doesn’t use cookies unless you ask us to

Cookies help us create a relationship between you and us, If that’s what you want. Otherwise we will make no record of your visit here. Do you grant us a license to place a cookie in your device?

As you know, by default This site doesn't use cookies. Thank you for letting us establish a relationship with you. We regard information about you as your personal intellectual property, licensed by you to us. We will treat it with care.

Your visit to our site is like walking into a store or other public accommodation. While a shop owner might like to have information about you, compelling you to disclose it would be unreasonable – a gross invasion of your privacy. We don’t want to do that. If you’d like to establish a relationship with us, we would be pleased – but that's up to you.